A KENYA SAFARI WITH AUDLEY TRAVEL -A DAY IN THE BUSH

“Last year I won a travel writing competition and the prize was an incredible Kenya safari holiday to Nairobi, Masai Mara and Watamu, provided by Audley Travel and Hemingways Collection. This post is about a day on our safari at Hemingways Ol Seki in the Naboisho Conservancy, which adjoins the Masai Mara. All words and opinions remain entirely our own”~ Heather Cole Most wakes I’ve attended have been rather conventional affairs, involving delicately cut ham sandwiches and enforced chit-chat with relatives whose mer e existence had come as a surprise just hours before. Tea is generally served in china cups that wouldn’t be out of place on the Antiques Road Show, and there’s always someone who turns up in neon pink rather than the standard black, with the excuse of celebrating life rather than mourning death. Uncle Alfred I’m looking at you!

This wake was a little different.

Here the attendees were all hunched over and appeared to be wearing dark shrouds of their own. There was no small talk, just an eerie silence that whispered menace. I got the distinct impression they were congregating in anticipation of a death, rather than because of one. And why were they all looking at me?

A Wake of Vultures

Reminding myself I was in fact quite safe in our vehicle out on safari in Kenya, and this was just a group, or ‘wake’, of vultures waiting for breakfast, I relaxed in my seat and stared back into 50 sets of unblinking black eyes. It was that unnerving time just before dawn, when the lingering mists were slowly receding from the plains, revealing all that had gone on during the dark of night. A couple of hyenas were squabbling over unidentifiable bones that had been picked clean long ago, and wildebeest calves were jumping for joy after surviving another night out in the bush. Wrapping my chilled hands around a warm flask of hot chocolate that had been provided by the thoughtful staff at Hemingways Ol Seki Camp, I mused it was far too early for those sort of energy levels. Even if they had just escaped the jaws of death. The vultures had unsettled me with their brooding air of intent, their vast numbers, and the fact they were all standing on the ground, facing the same way. Towards us! Usually we see them perched up in trees in twos or threes, on the look out for the latest feasting opportunity. Shivering slightly, which was only partly to do with the cool temperature of early morning, we continued on our Kenya safari and trundled off into the bush.

Then came the sunrise, and with it the safety that daylight brings. Our Maasai guide Patrick pulled over behind a conveniently positioned acacia tree and we watched as oranges, yellows and reds gradually flooded the plains of the Naboisho Conservancy all around us. The new day had finally begun, even though we’d been up for hours. Such is life on a safari holiday. With renewed vigour we set off in search of a cheetah. The one creature we were keen to see. A spectacular sunrise in the Naboisho Conservancy  PHOTO|Conversant Traveller’ 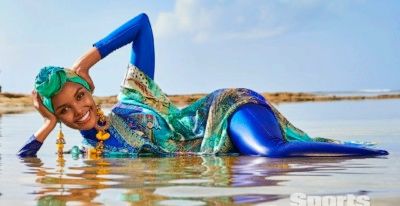 Sports Illustrated Swimsuit visited this amazing country and explored some of its most popular destinations; Nairobi, Masai Mara and Watamu. They were hosted by Hemingways Watamu & Hemingways Ol Seki 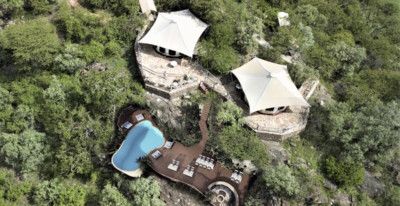 The pool will have an infinity edge overlooking the watering hole and Plains and on the other side of the deck we’re adding a very comfortable fire pit with circular seating...